The Triptych was created around 1957 by the late Lewis Carr of Barnegat Light. Mr. Carr was a craftsman who excelled in a variety of media. He was commissioned by Diocesan Bishop Alfred Banyard to paint the Triptych and execute its carvings for the reopening of St. Peter’s Church.

The gold stenciled designs of the cross and the keys to the Kingdom are symbols of St. Peter. The two-side panel illustrate scenes from the life of St. Peter. It is interesting to note that Mr. Carr incorporated various images of local interest, including the Barnegat Lighthouse, St. Peter’s Church, as well as the island flora and fauna, seagull and shells. The center panel features our Lord as Christ Triumphant – Christ the King. The Lord is dressed in a green chasuble, representing everlasting life, woven with a pomegranate design which is a symbol of Resurrection. The red lining notes St. Peter’s sacrifice. In the Lord’s hand is the chalice and host which represents the Body and Blood. Surrounding the throne of God are four Archangels.

Mr. Carr painted the sanctuary red to represent the throne of God, with a blue ceiling to represent Heaven, setting it apart from the Nave which represents Earth.

The Triptych remains as originally designed and painted in 1957. 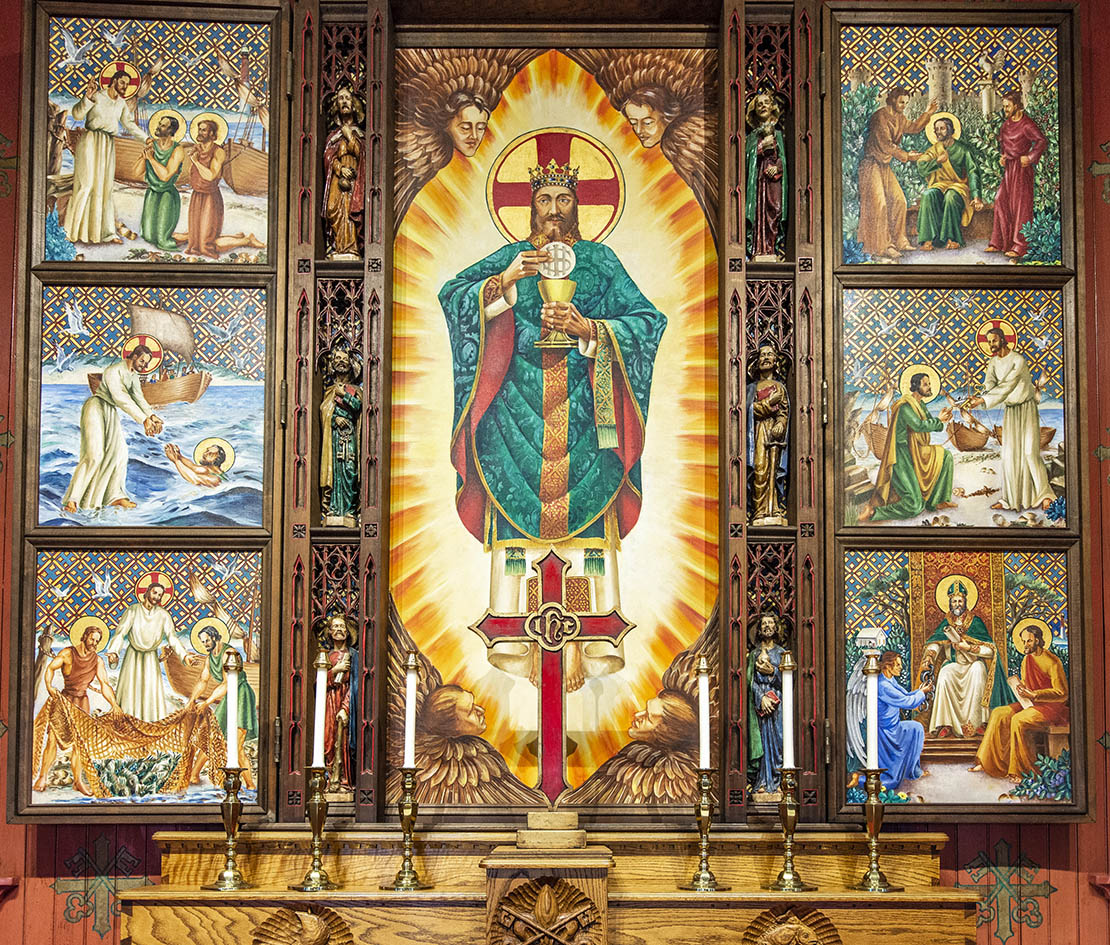 Garden of Prayer, open from after service Thursday until 3 p.m. Friday

Commemoration of the Passion & Death of Jesus, Friday at 3 p.m.

The Great Vigil of Easter, Saturday at 7 p.m.